Logiball Inc. – a special packer was made specifically for this project

The Wickford Road Siphon is an eight-inch diameter, 227-foot long single barrel siphon. Upon inspection, the City of Framingham discovered there was a tremendous leak in the horizontal section of the siphon 15 feet under the bottom Sudbury River. The siphon was located next to the Wickford Road bridge. Once the leak was discovered it was essential to try to remedy the situation. With the siphon being under the Sudbury River, if a catastrophic failure of the pipeline occurred the environmental damage and cost could have been significant.

Before any long-term solution could be implemented, the siphon needed to be cleaned. Cleaning siphons can be a difficult task. The debris in the pipe typically is exceedingly difficult to remove since it needs to move uphill to the downstream end of the siphon. There was also moderate to heavy grease lining the siphon in certain areas that needed to be removed as well. 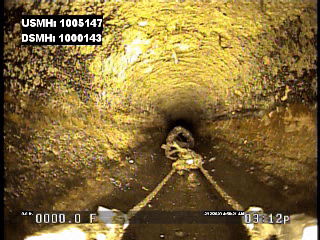 This is right where the siphon starts its horizontal run 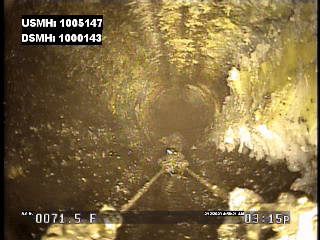 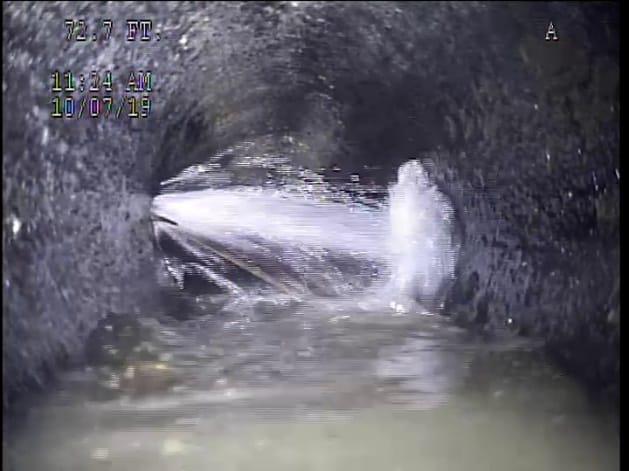 Once the siphon was cleaned the leak could be readily seen coming in from the river above.

This certainly was not a minor leak. The structural integrity of the siphon would have been at risk if soil and fines continually washed in which would undermine the siphon. This leak needed to be stopped, but how? With the configuration of the siphon, a traditional packer for grouting would never fit past the siphon elbows. GMPS presented the situation to Logiball, Inc. which designed a special packer just for this job. The packer had to be long enough to straddle the leak but flexible enough to negotiate the bends in the siphon. Logiball designed an 8-inch diameter packer with a 3-foot long grouting span, which would ensure the packer was placed over the leak.

Once the packer was delivered to GMPS, the work was scheduled, but the challenges had only just begun. The grout used was American Chemical Grout Company’s ACG-AG Acrylamide-MBA premix grout. This grout has an extensive history of successful use in the sewer collection system industry. It has the same viscosity of water and a gel time that can be adjusted, as needed. Typically, a 10 percent mix by weight is used, but due to the high volume of infiltration from the leak, a stronger 15 percent by weight mix was used. The gel time was 15 seconds long and GMPS pumped in three phases, injecting about 20 gallons per phase. The grout works by filling the void created by the packer sealing against the pipe walls. Once the void area is filled, pressure builds, and the grout penetrates the holes in the pipe from inside. Outside the pipe, the grout displaces the water in between the soil particles and forms a gel soil matrix that is impervious to water. 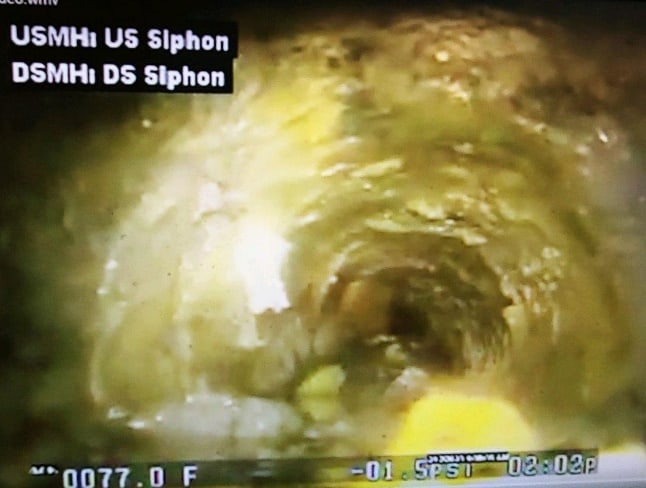 Once the leak in the siphon was stopped, and the soil around the outside of the siphon was stabilized, the City of Framingham was relieved. The next step was to finish cleaning the pipe and then dewatering the belly of the siphon. Cleaning was completed without too much difficulty, but GMPS had to get creative in developing a method to dewater the siphon. Once the line was clean and dry, the cured-in-place lining process could be started.

While the previous tasks were happening, the line had to be bypassed. GMPS’s in-house expertise permitted us to perform all of our own bypass pumping and allowed for better control of the project schedule. We placed a dri-prime pump at the upstream end of the siphon. Fortunately, the Wickford Road bridge crosses the Sudbury River right next to the siphon. This allowed the bypass discharge hose to run along the bridge to the downstream end of the siphon.

The line was then televised one last time and measured for diameter and length. At our facility in Bethel, VT, GMPS regularly stocks 8-inch, 10-inch and 12-inch diameter raw CIPP liners. At this facility, GMPS also performs the wet-out of each liner it installs. With the liner in stock and the ability to wet out, GMPS had the liner on the jobsite the next day.

The City of Framingham and GMPS worked very closely planning and coordinating throughout the job. As they discussed the installation of the liner, they noted that It was likely that the CIPP liner may have a few wrinkles in it, especially at the bends.

Once the liner was on the jobsite, and the bypass line connected, the CIPP lining could begin. GMPS installed and cured the liner in approximately 8 hours. In the end, the liner came out as expected. There were a few minor wrinkles at the top by the siphon bends, but the remainder of the siphon came out perfectly. 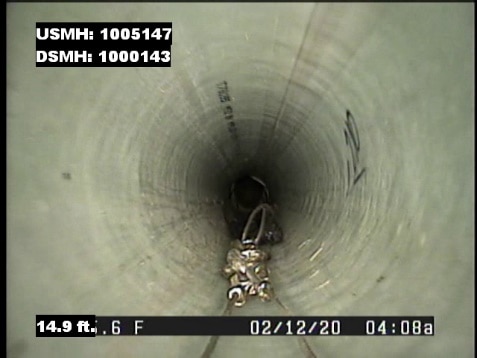 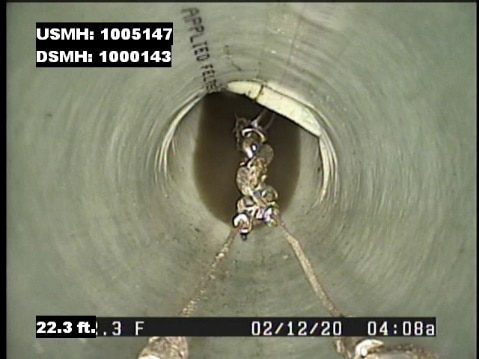 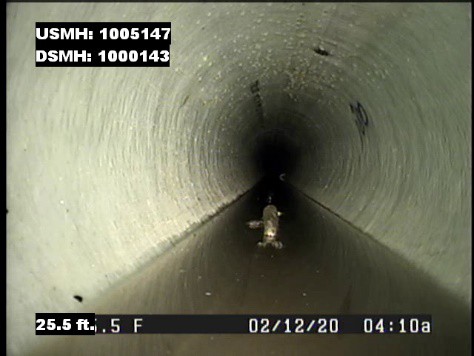 Photo in the main horizontal main barrel section of the siphon

The project was a tremendous success. The City of Framingham was pleased GMPS’s resourceful, timely response and the willingness of GMPS’s staff to coordinate the efforts of all those involved in completing this repair.